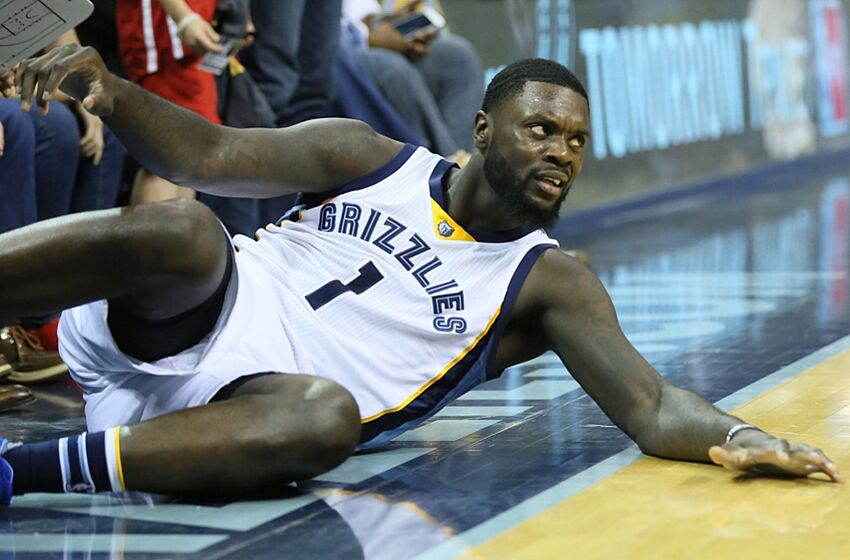 Knicks: The Spotlight On Derrick Rose Just Got Brighter by Ira Barasch
New York Knicks: Every Starter’s Most Underrated Skill by Maxwell Ogden

As a New York Knicks fan, I like to believe we have all bonded over this traumatic drought of ringless seasons and the depressing realizations that the team hasn’t stepped on the hardwood in May since 2012-13, and set a franchise low of seventeen wins in 2014-15.

It’s been a rollercoaster sent from sporting hell, and unfortunately, we all had to take the ride, whether we turned our heads to ignore it or looked directly at it with a tear or two in our eyes.

Nonetheless, this year has finally stoked the fire that lies within every New Yorker and Knicks fan around the world. No matter how risky or deemed expensive the moves were, it has us grinning with enticement.

Get ready, Knicks fans—this is going to be exciting!

There are key moves available to make before October. Those moves have the potential to make the team even more dynamic, versatile, and playoff-worthy.

The most obvious of them is taking Lance Stephenson off the free agency board and signing him to a one-year deal.

Stephenson could be willing to accept the minimum if the right team comes along. New York may as well be that team.

If the team’s remaining salary cap is as low as reported, it would be the best available option.

Stephenson has been a greatly misunderstood type of player over the years. Yes, he can make some boneheaded plays from time to time, and his humorous antics in the past are questionable,

Despite all that, Stephenson plays the game with love and passion. He’s not afraid to express these traits (unlike a lot of players these days), which is what basketball, and specifically Madison Square Garden, is all about.

Who didn’t love the heart and passion shown by the Patrick Ewing and John Starks Knicks?

It made the atmosphere of the Garden like no other in the league, thriving upon spirit and energizing moments. Us fans can all agree we haven’t truly seen that in a long time on the the MSG court.

With Joakim Noah leading the charge for the starters and Stephenson adding it for the bench, the passion would return and seep into and flow throughout the team’s veins.

Stephenson is (or should be) looking for a redemption story of some kind this year. Since his 2013-14 breakout season in which he helped lead the Indiana Pacers to the Eastern Conference Finals, he hasn’t lived up to his potential.

He hasn’t been given the right setting or chance to live up to that envisioned potential, though his ego may have helped squander those opportunities.

Although, the final 26 games of his Memphis Grizzlies career showed hints of that quality. He averaged 14.2 points, 4.4 rebounds, and 2.8 assists while shooting 47.4 percent from the field and 35.5 percent from 3-point land.

These numbers, with a return to his hometown of New York, aided by the guidance of superstar-quality players and The Zen Master himself, could be the missing piece for our second unit.

Sorry to doubt Justin Holiday and Sasha Vujacic, but Stephenson was Born Ready.

His all-around versatility on offense would immediately be recognized. He has the ability to be a combo guard if, God forbid, anything happens to New York’s two injury-recovering point guards.

His defense can be of a high quality, which is greatly needed for the bench’s backcourt as Brandon Jennings isn’t known to be a great defender. Most importantly, his old school brute style of play is something missing in todays game.

Even if he gets called for techs or flagrant fouls, he energizes The Garden and his teammates, and frustrates the opposition.

Surely, it wasn’t just me who loved seeing him blow into LeBron James‘ ear, mouth off to Dwyane Wade, and scream passionately after making a simple layup.

He’s a character and I love it.

Despite all the great things Stephenson may be able to offer this new-look Knicks team, he has to embrace the team’s style of play, which hopefully involves multiple passes and high-quality shots, and is built upon trust.

Stephenson generally likes to create plays out of isolation, which may work in some cases, but ultimately has to stop.

ISO basketball is one of my most hated aspects of the sport. Unless you have a mismatch, are LeBron James being defended by Stephen Curry, or are on a three-shot hot streak and need a heat check, I don’t wan’t to see it.

It’s selfish and kills any sort of momentum the team may have.

Stephenson, as with everyone else on the team, needs to embrace the unique skills and talents around him and have faith that better quality shots will come from extra passes.

Similar to Rondo, Stephenson is best utilized and efficient with the ball in his hands. The difference between the two, however, is that Stephenson isn’t a pass-first player, nor a particularly bad shooter.

Add that with his ability to move without the ball and get open, and the transition to being an efficient off-ball player shouldn’t be too hard of an adjustment.

In saying that, the Knicks’ bench isn’t currently stacked with offensive firepower and may even rely upon two European rookies. They’ll more than likely lack the confidence to start, but Mindaugas Kuzminskas already plays well off the ball.

Regardless, for one year at the veteran’s minimum, the Knicks have nothing to lose by picking up another high-quality player with a chip on his shoulder—which seems to be what the new Knicks are built on.

must read: The spotlight on Derrick Rose just got brighter

I hope you are reading this and taking notes, Mr. Jackson.